So i managed to fit in a mini trip to Milan with a close friend which was amazing!

Booking on Airbnb, we found an apartment which was super close to the centre of Milan in Centro Storico, so we were in walking distance of most places. I always try and look on Airbnb or Booking.com before any other website for rooms or apartments as they do such great deals and now most will let you pay when you arrive at your destination.

The apartment was so quaint, with traditional balcony’s and stone stair cases, even though we had to walk up four floors each day which was a killer for the thighs. 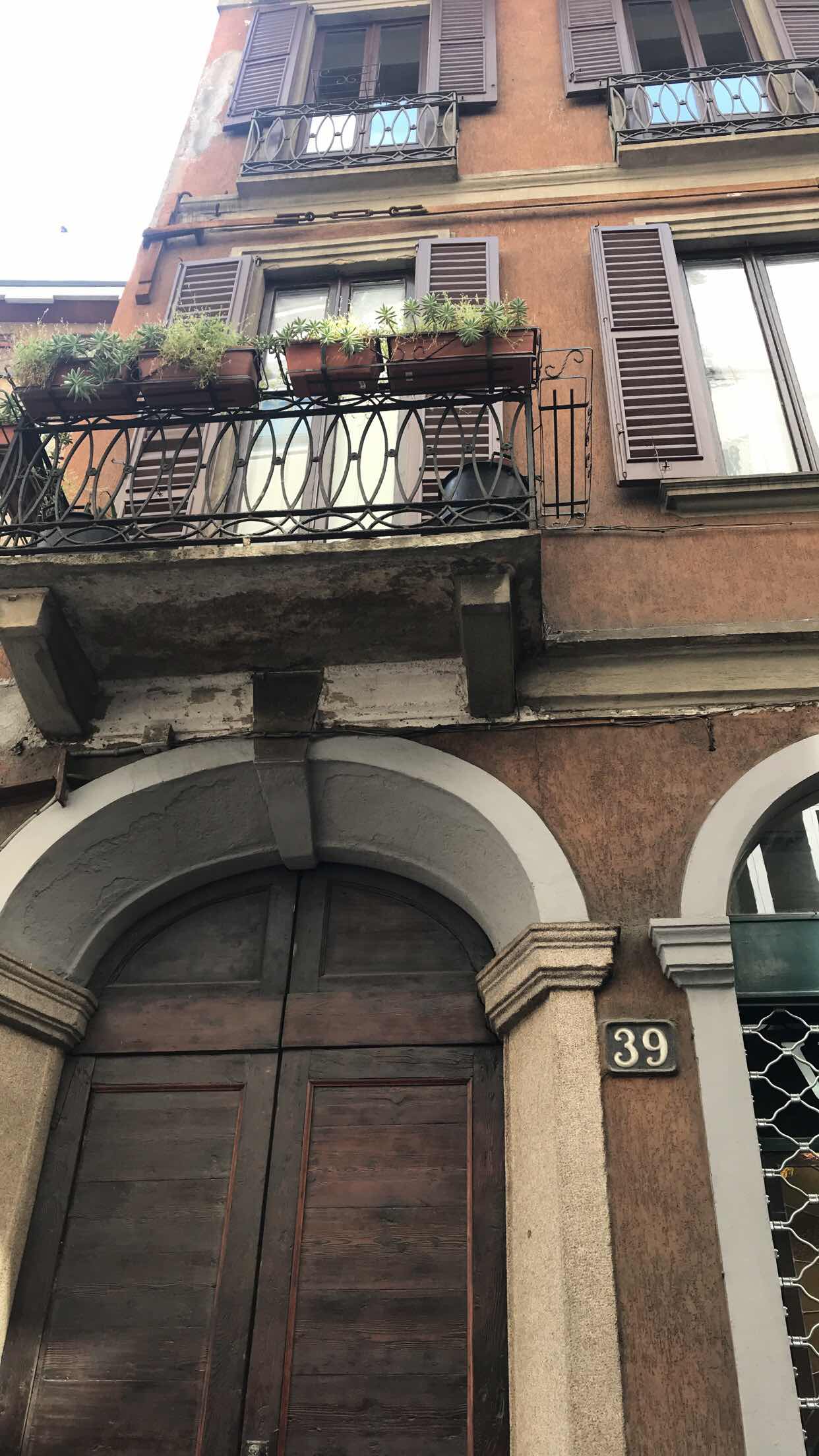 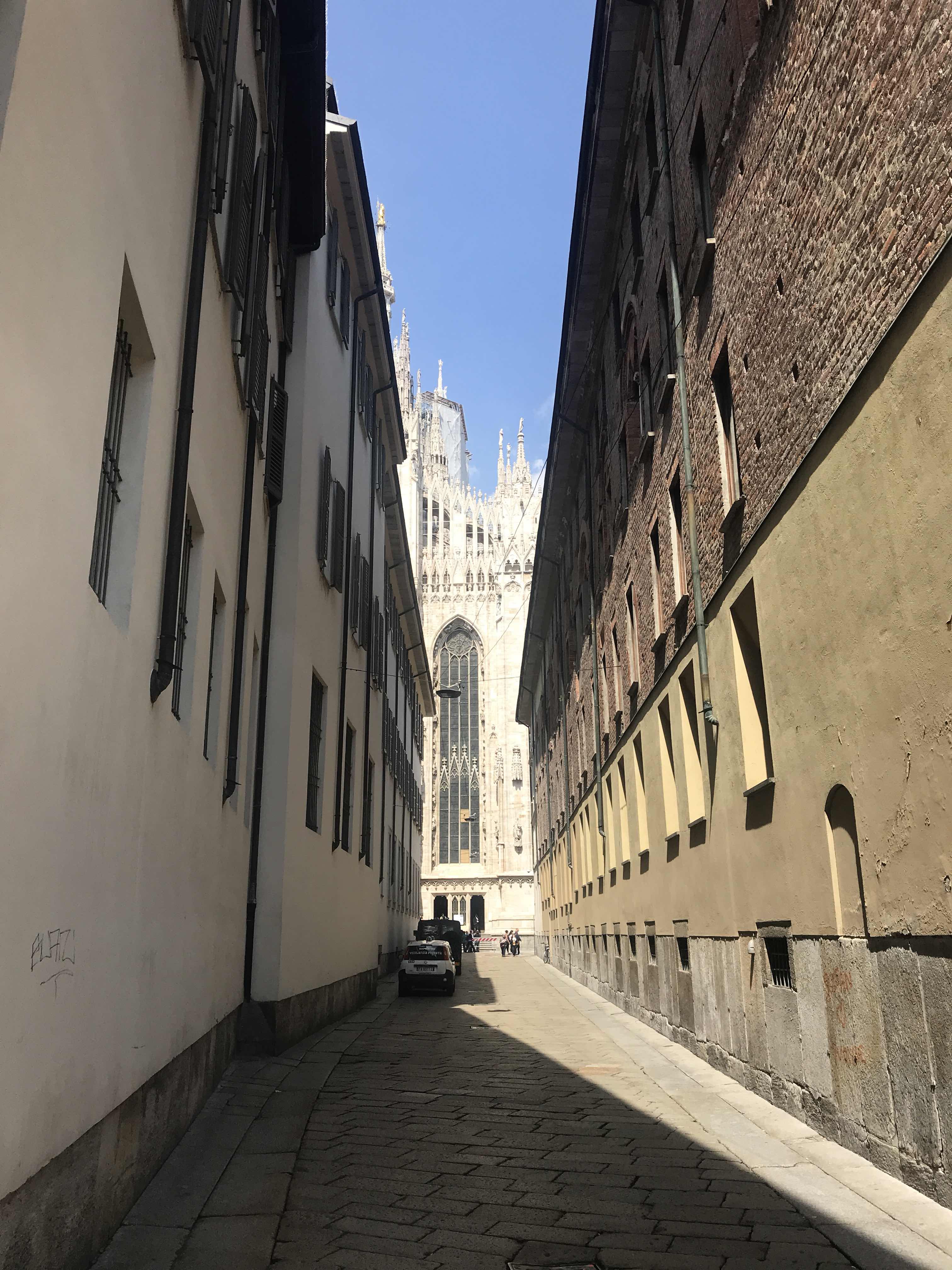 The morning we got there we managed to scale a majority of one half of Milan and went to the Prada museum and had coffee in Wes Anderson’s cafe, Bar Luce.. pure elegance with waiters in the old school white suits. its really hidden away on the side of the museum but its a must to stop off after admiring the art. 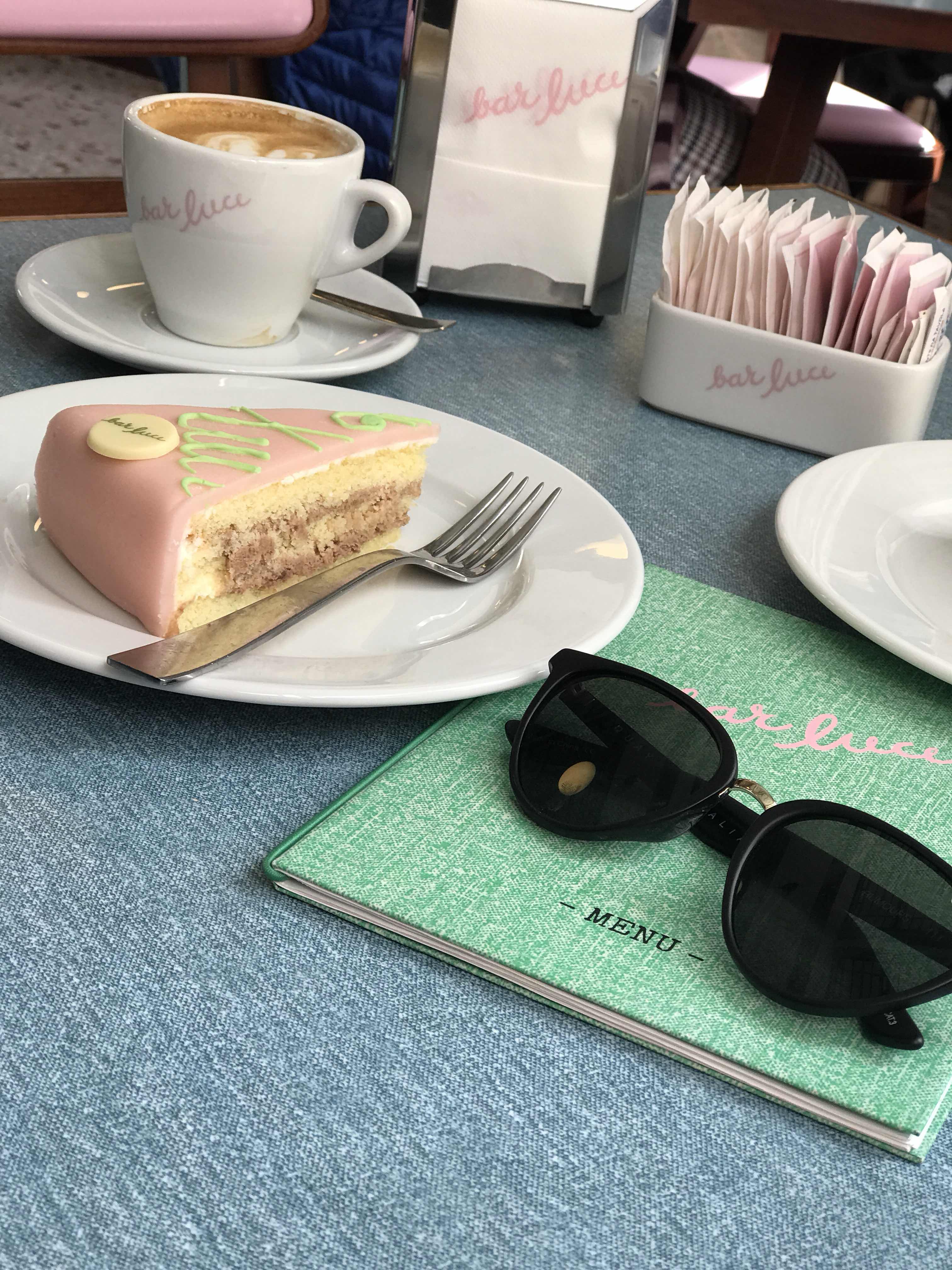 We then headed to a few markets in the Porta Genova district and had a mooch around and found the best thing anyone needs after a long day of walking and travelling! A mini bar stall called Chiosco Mentana on the side of the pavement serving Gin & Tonics and Mojitos, which is in the area of Sant’ Agostino- Genova which also holds beautiful boutiques and interior shops.. Then finishing the evening off with dinner on the main strip of Via Dante, people watching and two large glasses of Campari. 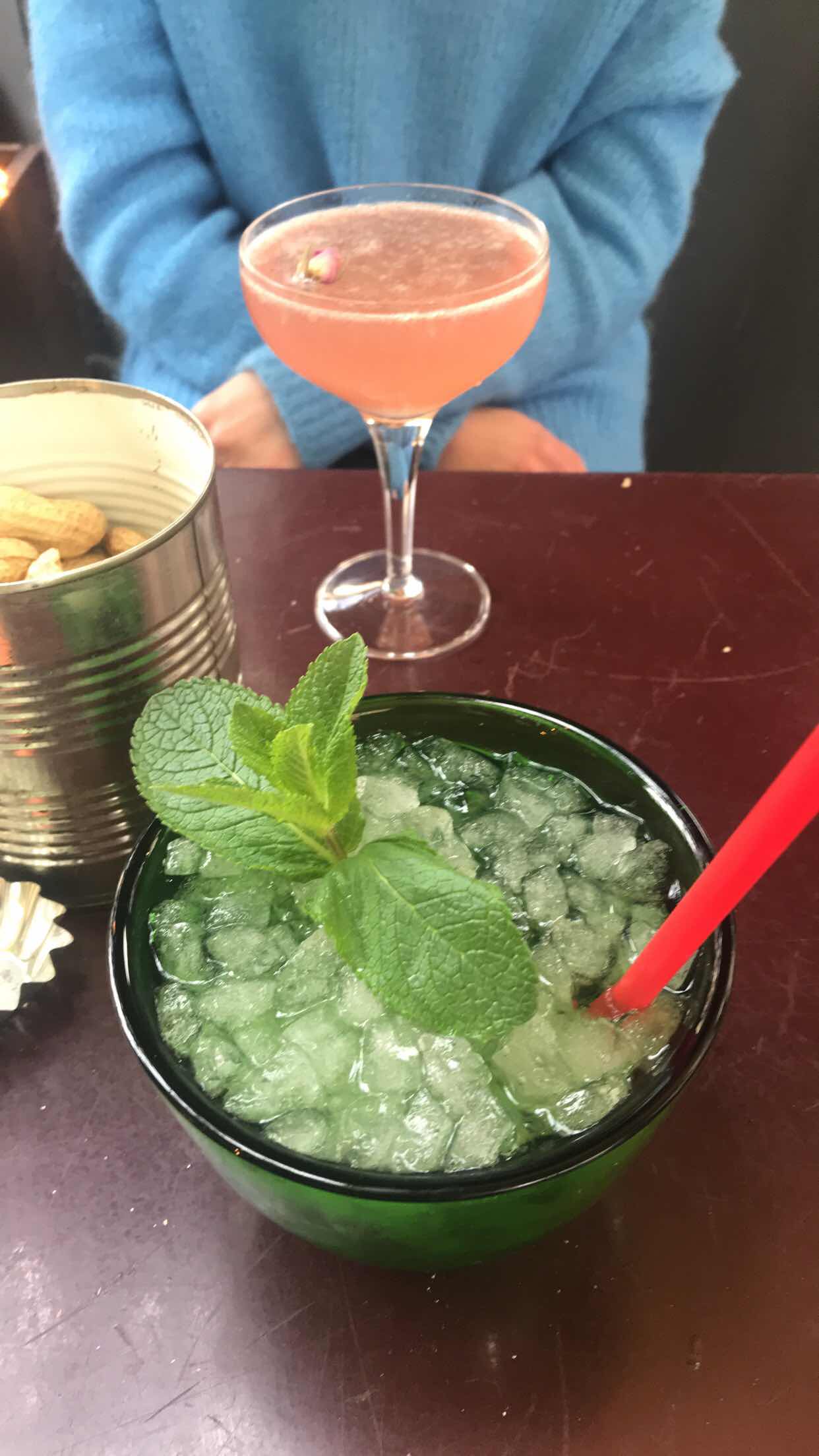 The next morning we were up early and thought we’d try and make it up to the top of Milan Cathedral..We thought we had been clever and missed all the other tourists but we were wrong.

We waited 2 hours to go up 😦 so make sure you arrive super early if you don’t want to wait. Another option would be to purchase a tour ticket which is a few euros more and you skip the queue, as we soon realised after waiting the whole time.

The waiting is well worth it though as the views are stunning and if you’re a history fan the cathedral’s architecture up close is just beautiful.

I almost felt like Ezmerelda from The Hunch Back of Notredam…. although wrong cathedral and country HAHA. 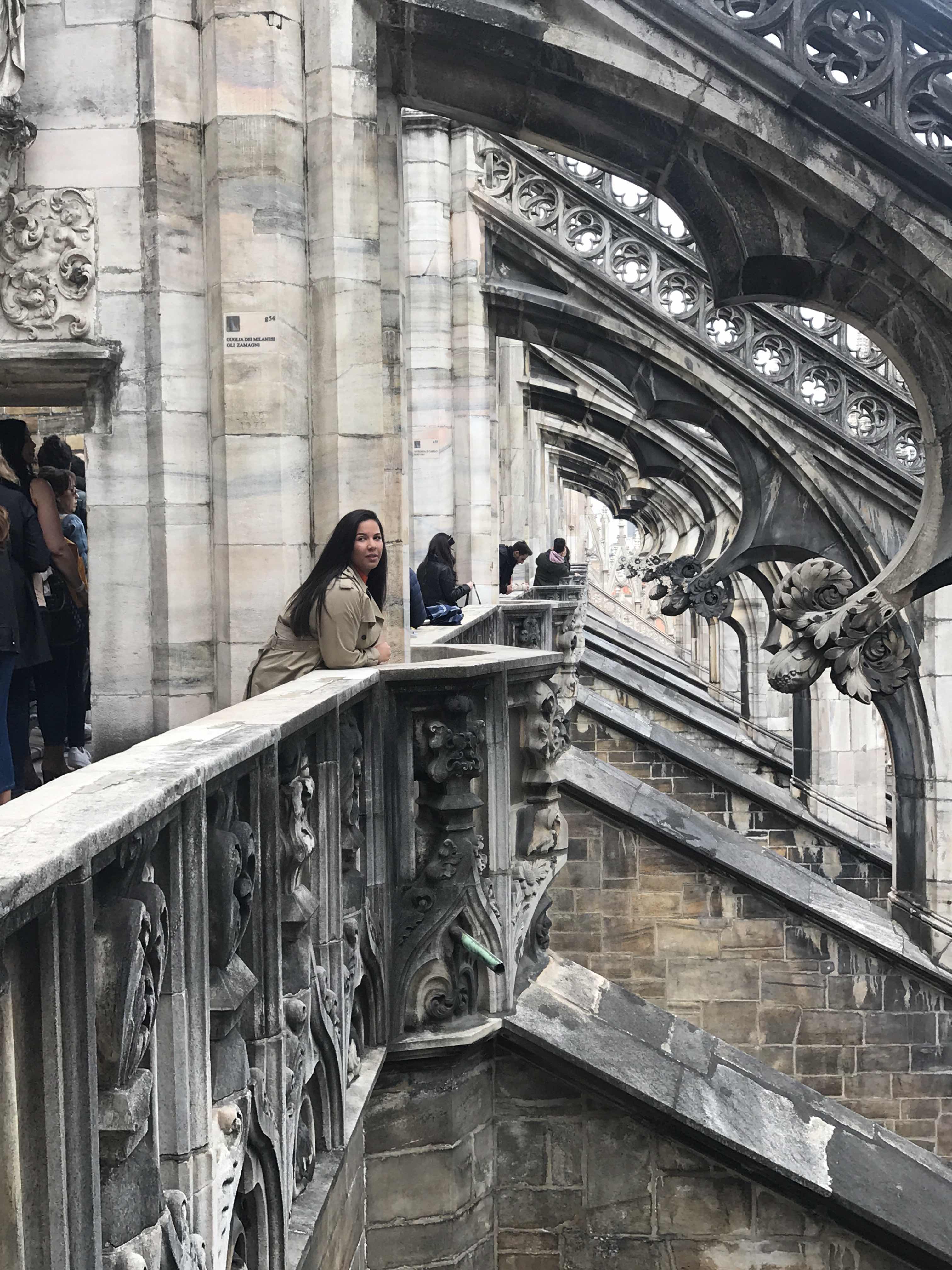 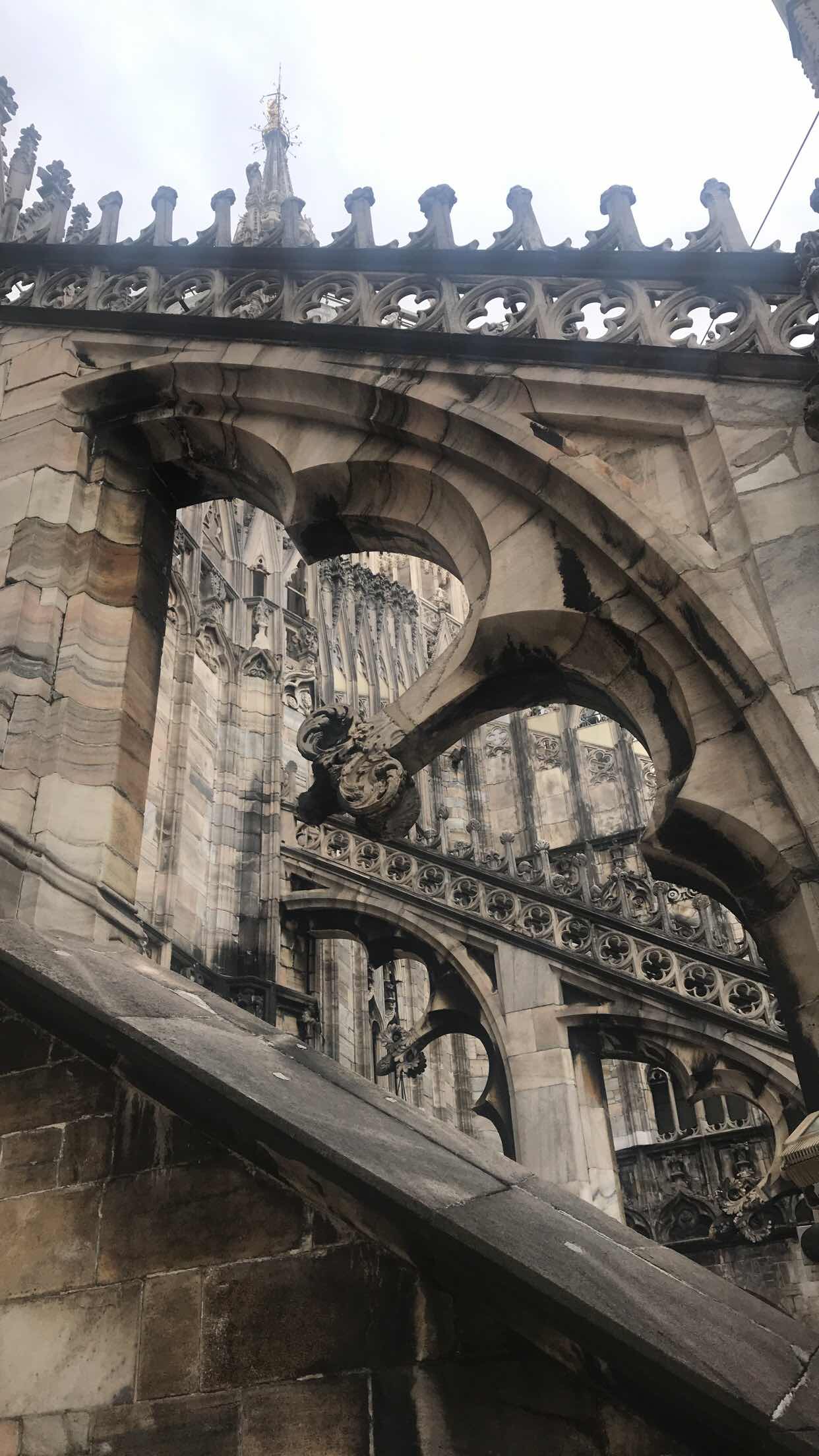 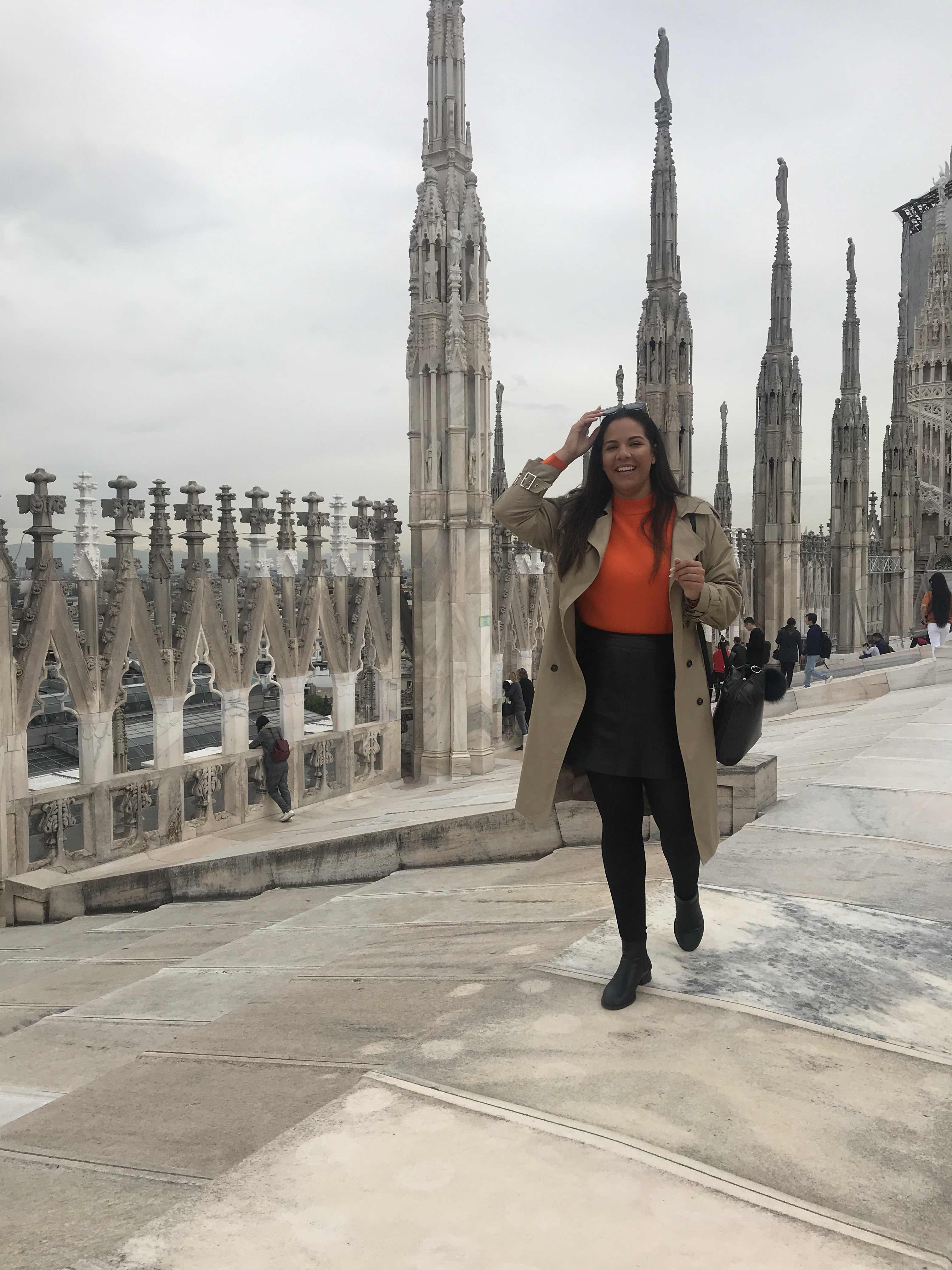 We then went Vintage shopping, Humana Vintage is a small chain in Europe but has some amazing pieces for great prices. There aren’t many vintage stores in Milano that are within walking distance but if you’re looking for one off designer pieces in stores such as Madame Pauline or Vintage Delirium then head to the Brera district which is a 10 minute walk from via Dante. We then scaled the whole other side to Milan with of course more stop offs for coffee and Campari! 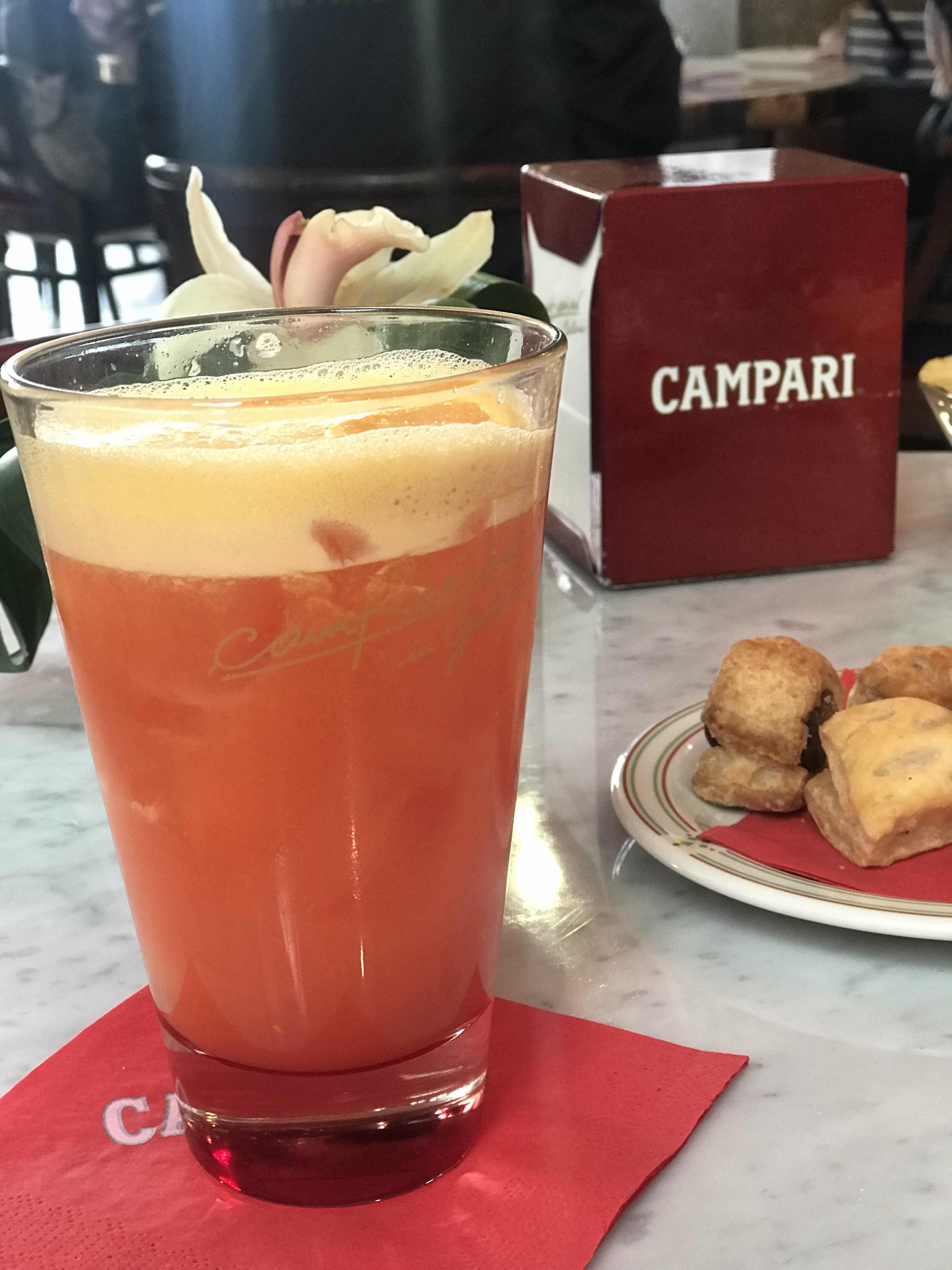 This city truly is beautiful however if you ever struggle with directions and maps, asking the locals isn’t the best idea as not many people speak english, so i would hugely suggest and advise to anyone that i possibly can, would be to download MAPS.ME

Once you download the country you’re in, and pinpoint places on the map, this app follows your every move and shows you where you are and where you need to go even without internet. 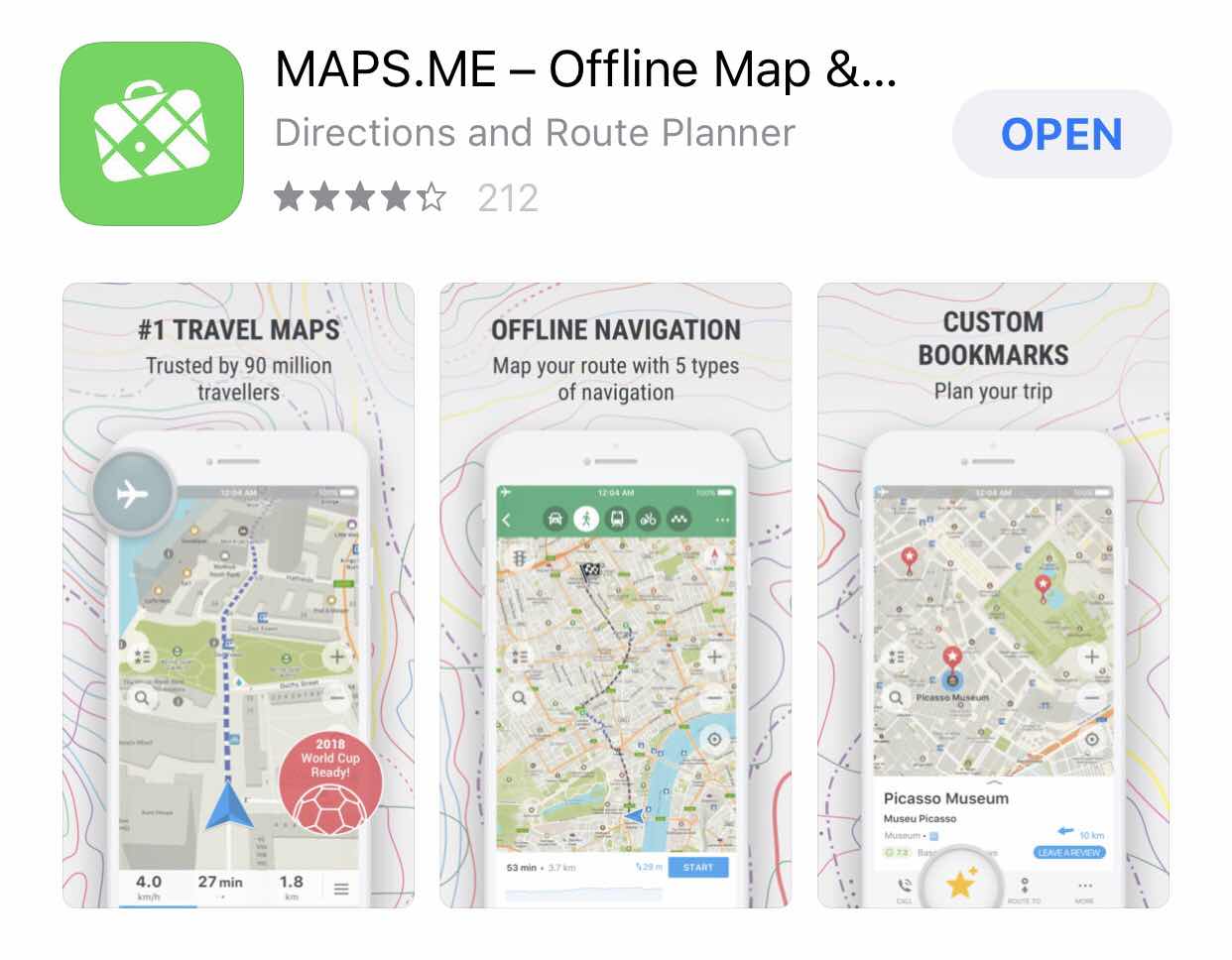 After two long days of seeing most of the city we decided we had enough time to travel out and on the train to Verona which is around an hour away.

Walking into the centre on this city we automatically wished we had spent more than one day here! It was picturesque!

Sun beaming down, calm, peaceful, flowers and buildings painted in bright colours, families and couples sitting in the sun sipping on their drinks watching others go by.

We had to visit Guliette’s balcony and of course i had a picture with her statue and apparently its good luck to rub her right breast, so i made sure we kept the moment respectful HAHA.

As expected the gelato, pizza and seafood pasta is amazing in Italy so we enjoyed as much as we could but make sure to wander the back streets away from the crowds as this is where you will find the best authentic bars and restaurants. 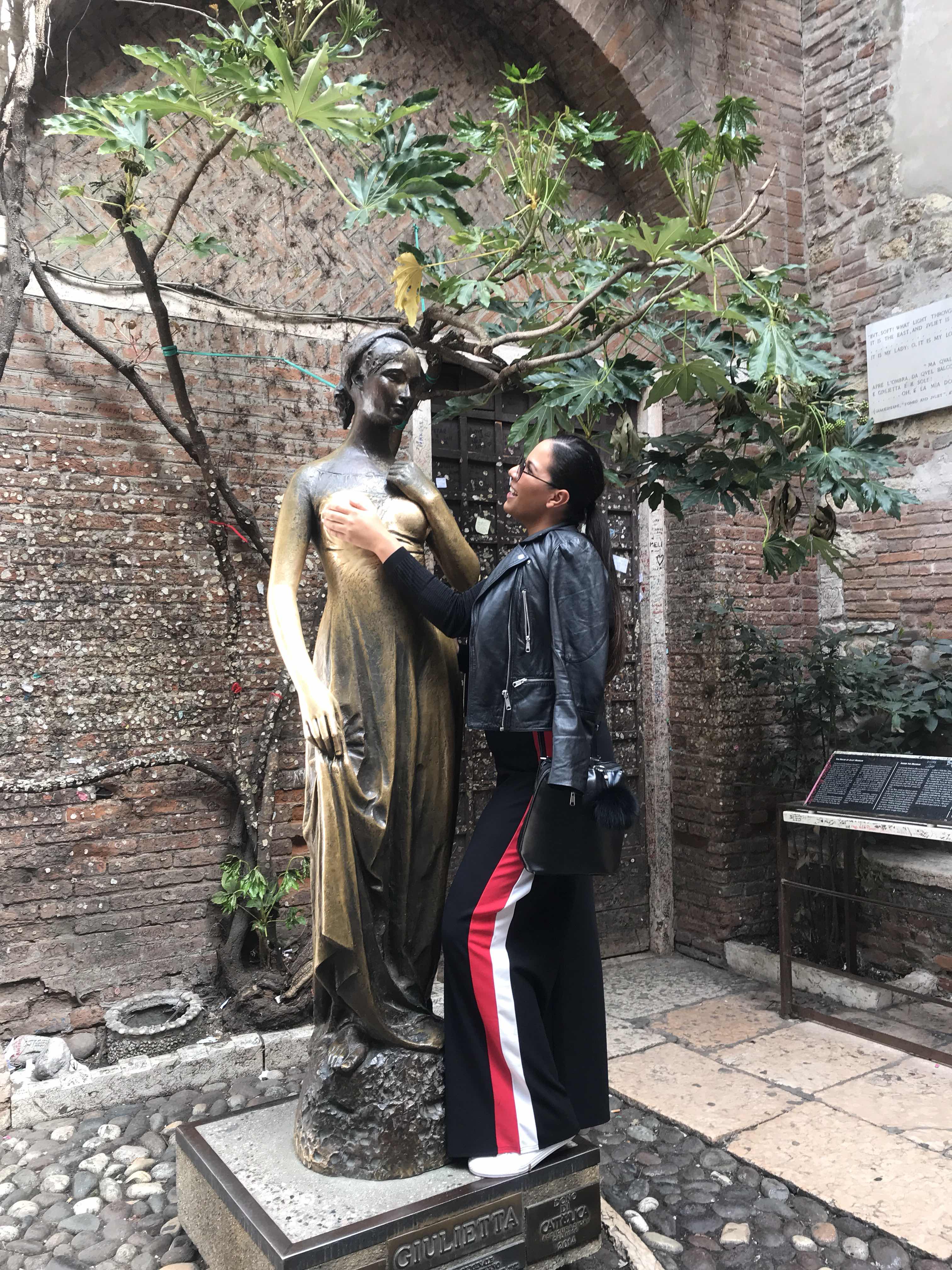 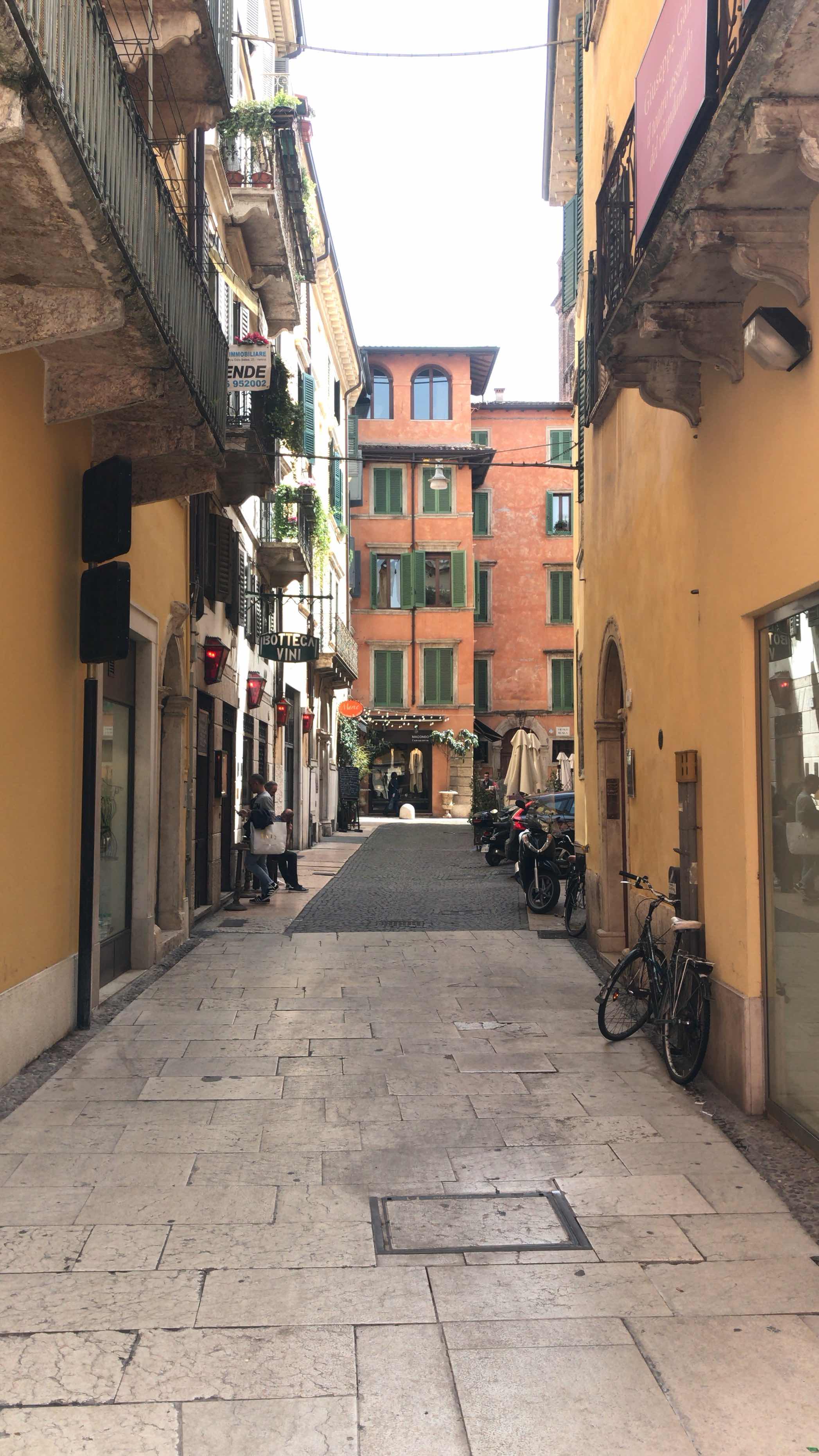 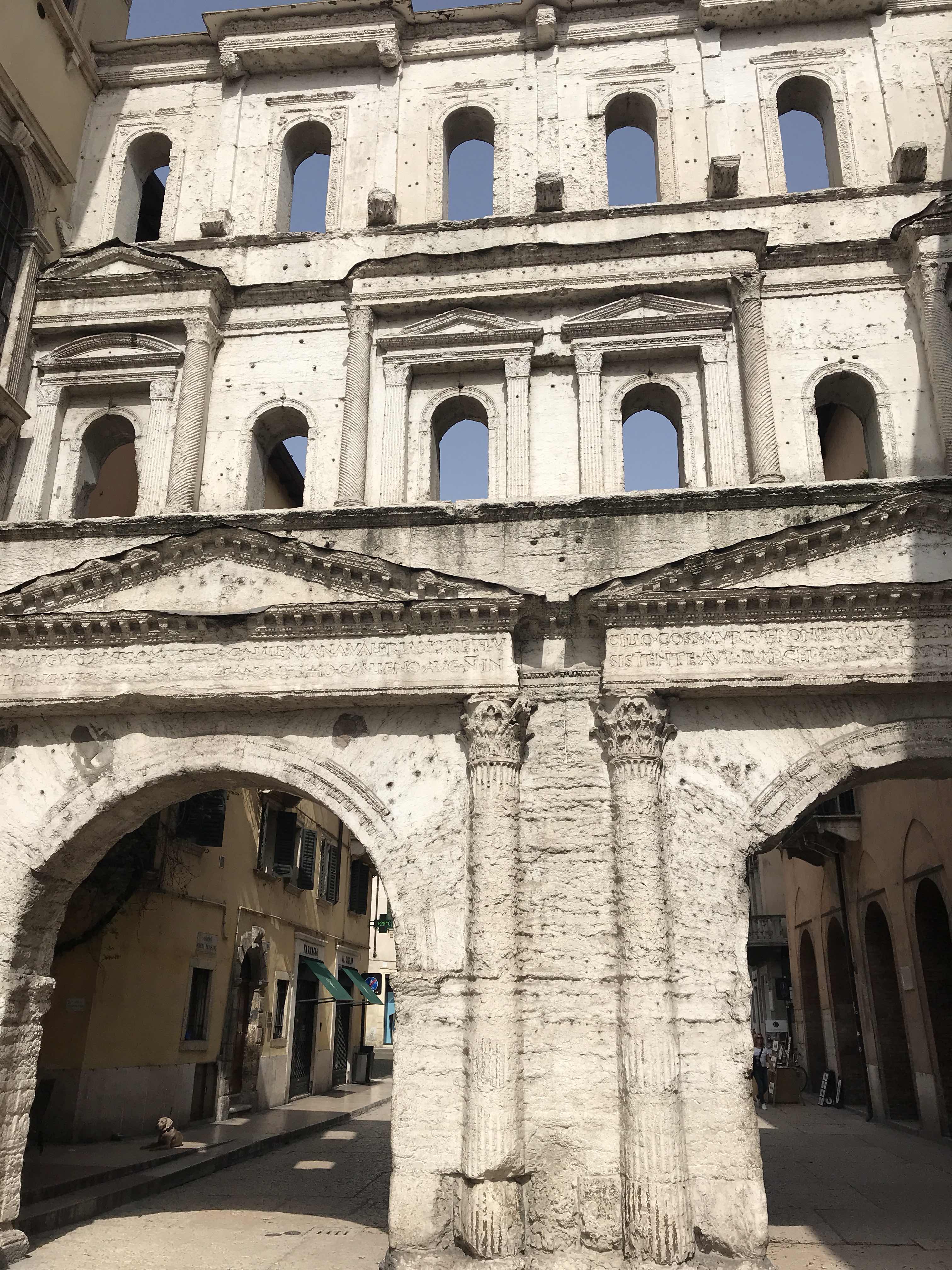 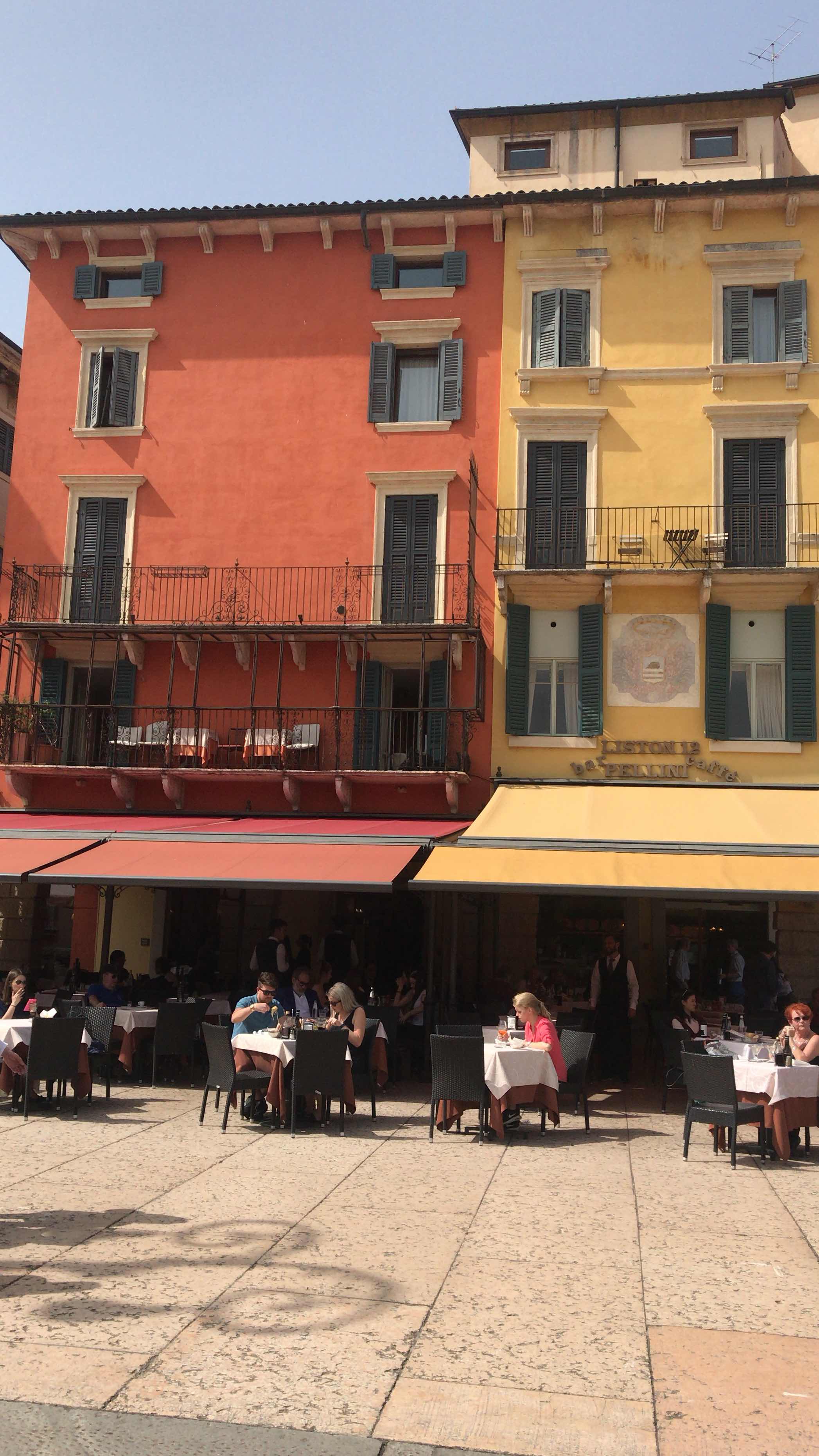 The night we got back to Milan, we had found an amazing restaurant which was hidden away on the back streets of Via Dante which is called Risoelatte!

With a 1950’s styled theme, Its pretty intimate and becoming very popular so you have to make a reservation for a table but the atmosphere is really cool, you feel like you’re having dinner in your grandmas kitchen.

We had a traditional Italian dinner of that era, rice pudding with apple and cinnamon and cognac with biscuits for desert which makes the whole experience even better and made our last night in Milan a dream! 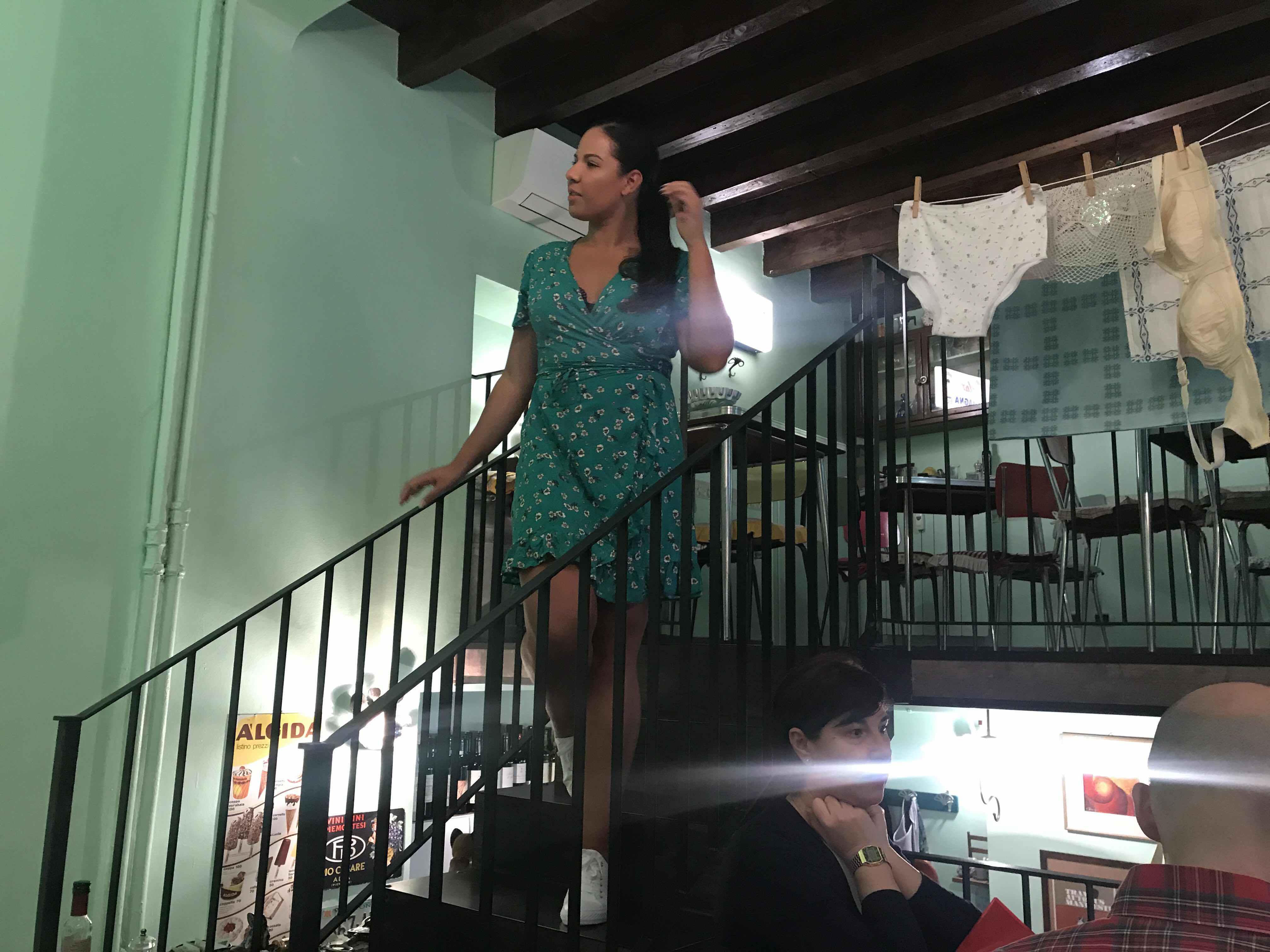 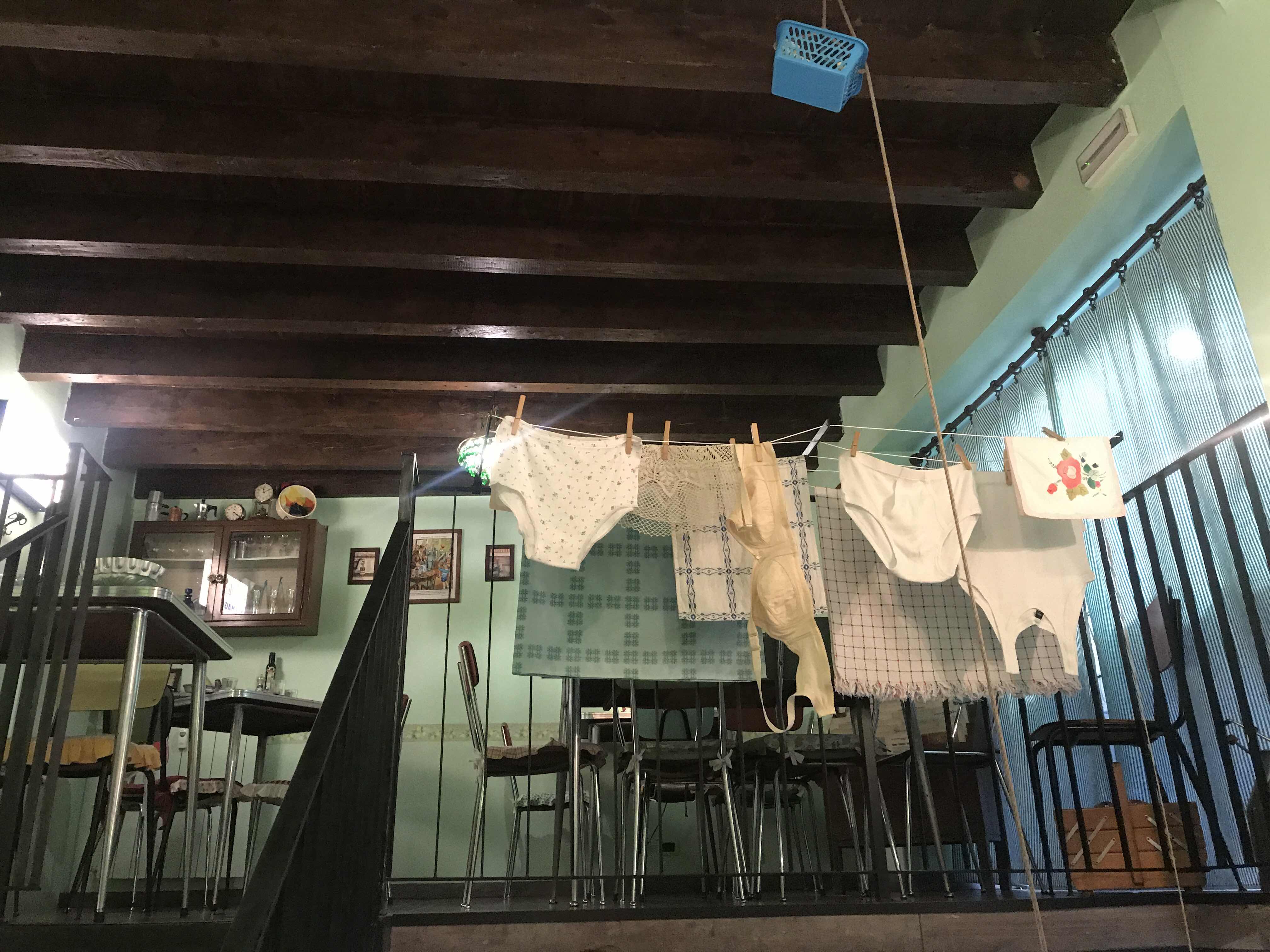 TRY TO GET AN EVENING FLIGHT HOME

The day we were due to leave we had the morning to go back to some spots that we loved, of course  the vintage shops … one last time and had one more drink while admiring the Galleria Vittorio Emanuele which throws all shopping centres out of the park… again the most beautiful architecture but unless your wallets are bulging (which mine are not!), its a window shopping moment. 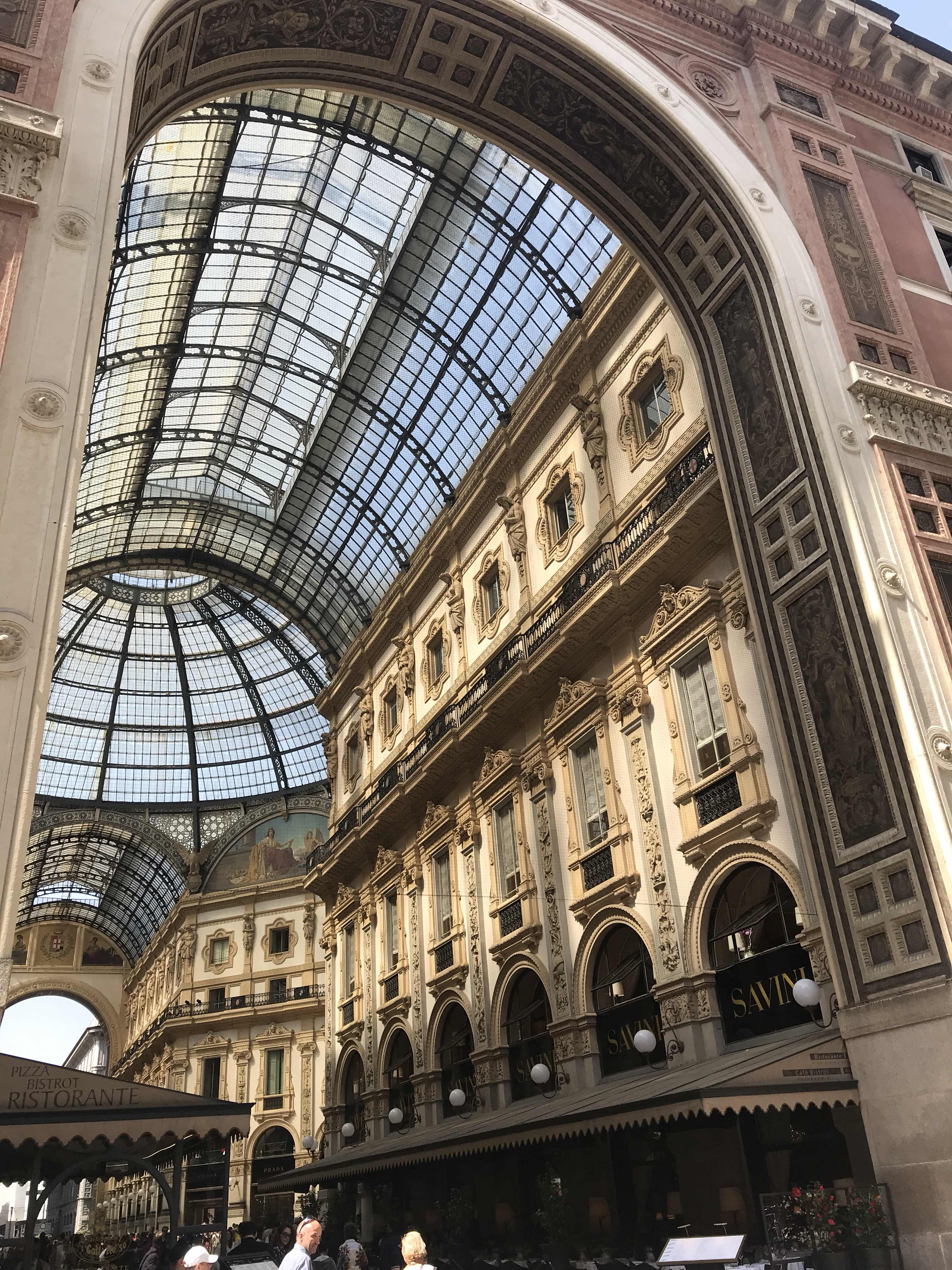 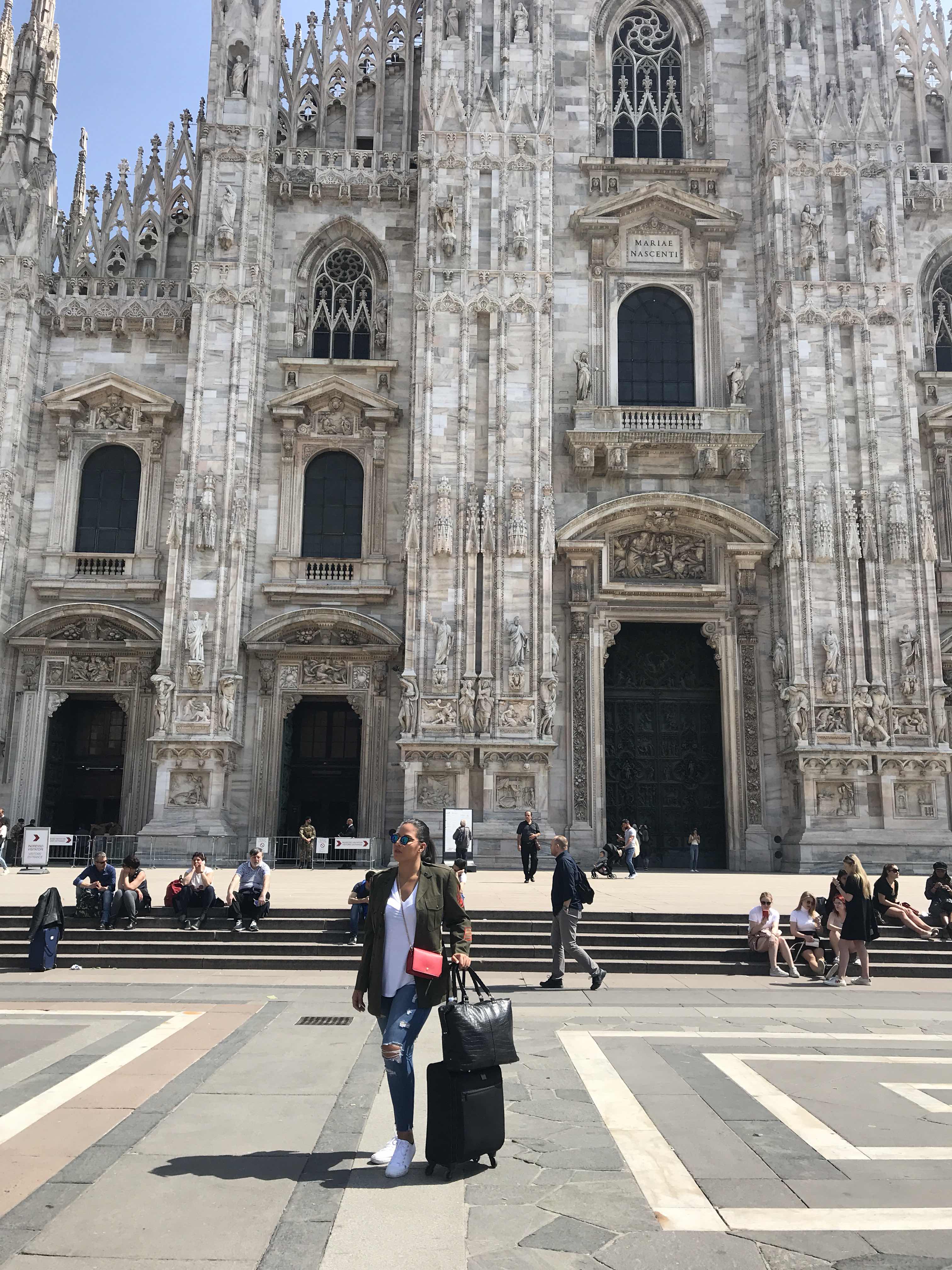 Europe is pretty hit and miss with weather as we realised. We bought warm clothes for a colder rainier Italy as that’s what we were expecting, however we were greeted most days with a confused forecast of rain and after mid day was pure sunshine and hot weather so make sure to pack a mixture of clothing, light jackets, umbrellas and sundresses.

No matter where i go for how many days i always try to make the most of each day and my suggestion is to always try and plan routes so that you can get the most out of each area but one main rule…. always make time for an alcoholic stop off!

Until next time… Ciao x